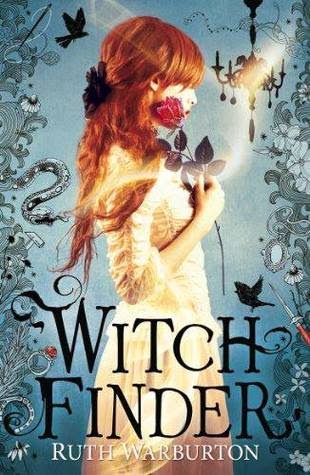 Summary: London. 1880. In the slums of Spitalfields apprentice blacksmith Luke is facing initiation into the Malleus Maleficorum, the fearsome brotherhood dedicated to hunting and killing witches.

Luke’s final test is to pick a name at random from the Book of Witches, a name he must track down and kill within a month, or face death himself. Luke knows that tonight will change his life forever. But when he picks out sixteen-year-old Rosa Greenwood, Luke has no idea that his task will be harder than he could ever imagine.

Review: Witch Finder brings together two characters who seemed trapped by expectations - Rosa, whose family has fallen upon hard times after the death of her father, and Luke, whose family was killed by a witch and left him broken and intent on revenge.

There is a lot that is predictable about this book, but in spite of that I quite enjoyed it. The writing flowed well, and the descriptions drew me in and carried me through it, even though there were certain turns to the plot that I could see coming a mile away.

I couldn't help but empathise with Rosa, especially when everything about her appealed to the feminist in me. It reminds me a bit of both Cinderella and Beauty And The Beast - the girl who wants more, who is in conflict with her family and struggles against the expectations of society. Rosa is headstrong but loyal to her family even when they don't deserve it, but not afraid to stand up for herself, either - I quite liked her as a character.

I will say that I knew where the plot was leading as soon as I opened the book and started reading, at least in terms of Luke's ultimate connection with Rosa. Again, I wish it had developed a bit slower - I'm not sure why so many writers seem to rush into things. Maybe it's because they want to have the hook of the romance in the first book to keep people coming back? To be honest, however, I am more likely to come back for a romance that's well written and still developing than writing that shoves the characters together.

Sebastian is something else entirely, but I found him fascinating. I saw the truth about Sebastian's family and the way he connected with Luke's long before it was revealed, but it was a pleasure to have this darkly charming, dangerous character be revealed for the horrid person than he was, rather than someone to be swooned over. Rosa knows that he's dangerous and stands up to him and his behaviour, rather than accepting it.

I do think that the lack of more information about the society that the characters live in was a major letdown for this series. There was so much that I wanted to know - at times it seemed as though the characters live in hiding, but then at other times, it seemed as though it's an open secret? Perhaps the upper society are all the ones who have magic, and the lower castes are without, but the fact that I'm not sure points to the weakness in the plotting. The elements for a fascinating arc are all there, they just need to be more tightly drawn together.

Definitely some ups and downs for this first book in the series - but I will check out the second one, when it comes out. There's some potential there that I'm still willing to check out.

Disclosure: A copy of this book was provided through Netgalley in return for an honest review.
Posted by Kerri @ Whimsy and Parchment at 12:26 AM No comments: 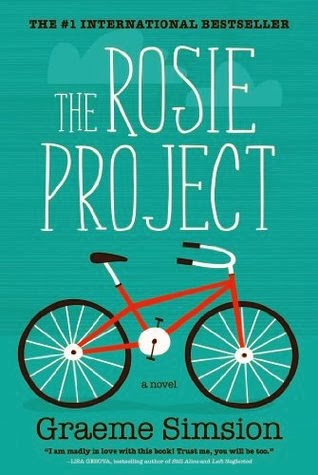 Summary: Narrator Don Tillman 39, Melbourne genetics prof and Gregory Peck lookalike, sets a 16-page questionnaire The Wife Project to find a non-smoker, non-drinker ideal match. But Rosie and her Father Project supersede. The spontaneous always-late smoker-drinker wants to find her biological father. She resets his clock, throws off his schedule, and turns his life topsy-turvy.


Review:  The Rosie Project is one of those books where I finished and found myself immediately thinking that I could see it being made into a movie and wanted it to happen.

Don Tillman is forty years old, single, and never expects to have romance in his life or get married. His life is very exact, and he prefers it that way - it makes sense, and logic dominates over anything else.

Then he meets Rosie and all of that goes out the window.

The Rosie Project is by turns embarrassing (just a warning, if you have a keen sense of second hand embarrassment, it might be triggered in this book!), heartwarming, sad, adorable and hilarious. I thought it was awesome.

I know that some people will undoubtedly criticize the author because of the main character - they'll say that the book makes light of medical conditions, etc. Maybe I'd agree if I came out of this feeling as though the author is pointing and laughing, but on the contrary - I feel the book uses humour to illuminate, rather than criticize or embarrass. Don is clearly a character we are meant to care for and empathise with, and it is incredibly possible to learn through reading this book.

Personally, I found the book amazing for the journey it lead me on, as we follow Don through his journey of self discovery. There are certain key sentences that are short and simple, but the amount of information packed into them, the emotional impact - it's incredible, and that really added to the book, for me. This applied to thoughts about him, and thoughts about others around him. It's not just Don's story, it's Rosie's story and it's the story of Gene, Don's best friend, and someone who the book also revolves around in it's own way.

I really enjoyed the book - I ended it with a smile on my face. I'd definitely recommend it.
Posted by Kerri @ Whimsy and Parchment at 7:13 PM No comments: