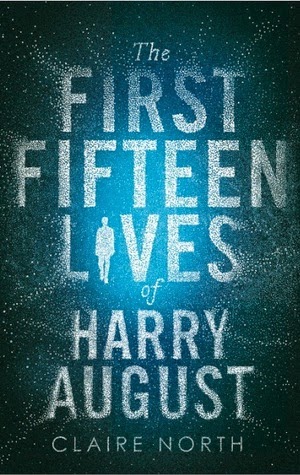 Summary: The extraordinary journey of one unforgettable character - a story of friendship and betrayal, loyalty and redemption, love and loneliness and the inevitable march of time.

Harry August is on his deathbed. Again.

No matter what he does or the decisions he makes, when death comes, Harry always returns to where he began, a child with all the knowledge of a life he has already lived a dozen times before. Nothing ever changes.

As Harry nears the end of his eleventh life, a little girl appears at his bedside. 'I nearly missed you, Doctor August,' she says. 'I need to send a message.'

This is the story of what Harry does next, and what he did before, and how he tries to save a past he cannot change and a future he cannot allow.

Review:  This is a twisty, intriguing tale that delves into the concept of past lives and how they can impact what it means to be human and the world itself.

When I first chose this book from Netgalley, I thought that I was in for something along the lines of Groundhog Day, except more serious. On the very surface, that's what this book is like, but it delves so much deeper than that.

This book is rich in history and intrigue, spinning out a story of people connected across the centuries and the constant struggle that humans have to learn more, to advance, to change the world around them. It's a story of how the little choices we make along the way shape who we are, guide us along our paths through this life.

I found the concepts in this book incredibly fascinating. I don't think I've ever come across anything that looks at the idea of multiple lives in quite the way that this book does, and the way the author weaves her tale is very indepth and at times, mind-boggling. You definitely have to be prepared to think in a non-linear fashion to understand some of stuff that goes on in this book!

The history is rich and a lot of big events are touched on by the nature of the book, so if you love stories that are embedded in history and shaped around human action, then I think you'll quite enjoy this book. There's a lot of plotting and sneaking around and covert actions, which was fascinating, though I did wish that some of it was spelled out a bit more and delved into, rather than just told to us. Show, not tell!

I wish there had been more attention paid to the background characters in this book. We get to know two rather well, but everyone else fades in comparison and I think that prevented me from connecting with Harry and what happens to him as deeply as I could have. There were moments when I was disturbed and moments when I was amused, but I didn't feel particularly sad at any point, or moved, and that's too bad considering the potential of this book.

Some may find the events of the book confusing, as well. I know that I would have preferred it a bit if it hadn't jumped around quite so much, it made following the plot a bit tricky at times because we'd go from one situation to the next, and have to recall something or someone we'd read about earlier in the book. Harry encounters numerous characters and if you're like me and don't necessarily have a great memory, this might pose some difficulty for you. Trying to keep track of the various timelines and lives proved to be difficult, as well.

When all's said and done I enjoyed the book, though. It was an interesting read with enough tension and spice to keep me reading. I just wish that it had a bit more emotional depth.

Disclosure: I received a copy of this book through Netgalley in return for an honest review.
Posted by Kerri @ Whimsy and Parchment at 9:56 PM