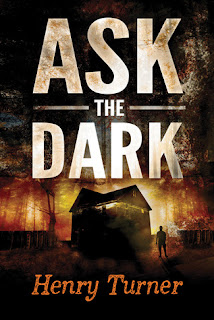 Summary: Loads of people have asked me 'bout what happened. Tell the truth, I'm tired of getting asked. I want to answer everybody all at once and get it all the hell over with…

Billy Zeets has a story to tell.

About being a vandal and petty thief.

About missing boys and an elusive killer.

And about what happens if a boy who breaks all the rules is the only person who can piece together the truth.

Review: Finally read this months later, and oh, I enjoyed it!

I have a weakness for dark and gritty YA, I have to admit. In this weird way, because the first time I read The Hunger Games I actually wasn't sure that I could finish it, yet I love books like this...


This was the perfect time of year to read this book, and I quite enjoyed it. Billy Zeets used to be a hellion of a child - until his mother died and he turned over a new leaf, determined to live life as a good son, the boy his mother would have wanted him to be. So far he's been successful, but things are changing.

Boys are going missing. His father is going to lose the house. His sister is in trouble. So when Billy finds himself being dragged back onto a darker path, he decides to follow it - because just this once, it might be that being the good kid isn't going to get the job done.

The tone and language in this book might deter some people, but it fell into a rhythm for me after awhile, and above all it actually suited the character, and the story being told. Sometimes dialect or accents serve to throw you out of the story, but in this case it just made Billy more real in my head, a character explaining his story to me with vivid clarity.

As for the story itself? Well, it's the story of a young boy and his family, and the duty he feels to them. It's a story of being young and the scrapes that kids can get into, that hearkens back to maybe fifty years ago with some of the hijinks that Billy gets up to. (Yes, hijinks is the word I think fits in this case.) At times it had the tone of a slow, wandering tale of young boys and their adventures, and at other times it had me tense, wondering what was going to happen next!

It's also a story with all the makings of a good mystery, with an unlikely hero at the forefront to save the day and make choices that nobody expects him to make - and who saves the day because of his past, not in spite of it.

Overall a book I quite enjoyed, and I'll definitely keep an eye out for future books from this author!

A copy of this book was provided through Netgalley in return for an honest review.
Posted by Kerri @ Whimsy and Parchment at 8:59 PM