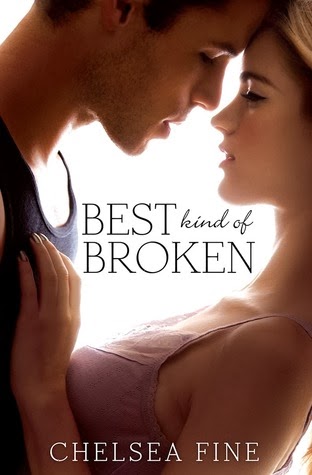 Summary: Pixie and Levi haven't spoken in nearly a year when they find themselves working―and living―at the same inn in the middle of nowhere. Once upon a time, they were childhood friends. But that was before everything went to hell. And now things are... awkward.

All they want to do is avoid each other, and their past, for as long as possible. But now that they're forced to share a bathroom, and therefore a shower, keeping their distance from one another becomes less difficult than keeping their hands off each other. Welcome to the hallway of awkward tension and sexual frustration, folks. Get comfy. It’s going to be a long summer.

Review: One of the more bittersweet YA/New Adult books that I've read recently, but in a good way.

Sarah - otherwise known as Pixie - and Levi have known each other since childhood. Now they're grown up and dealing with a whole lot of tension between them, both sexual and otherwise.

The blurb for this is a bit misleading, I have to say - it makes it sound a lot more breeze and shallow than it actually is, and I actually rather enjoyed this book.

The ~obvious sexual tension~ made me want to roll my eyes a bit as the book began, but the obvious deeper connection between Pixie and Levi was what made me keep reading on, if only to figure out just what they were referring to.

I often feel as though romances have to scramble for reasons that are keeping their pairs apart - the 'problems' that get thrown in the way end up feeling a bit cliched, or forced. That can really suck the life out of a book when the reader just wants to roll her eyes and say 'get on with it!'

Chelsea Fine has done a good job of building a real connection between the main characters, though - bonds of friendship and trust - and pain, though we only learn that as the book goes on.

Readers may be frustrated by the back and forth at the beginning of the book - I know that I was, and it was only the obvious fact that there was something deeper going on that kept me going. I like sparks as much as the next girl, but sometimes a girl gets a bit impatient, you know?

Learning that [Charity had died - Levi's sister, Pixie's best friend - made a lot of sense out of what had preceded, and definitely tugged at my heartstrings. To be young and lose your best friend or younger sister so quickly and harshly - I saw friends in highschool be torn apart by the deaths of others in my school, so I could understand the pain and anger that both Pixie and Levi were swept up in.

Reading about characters who have been torn apart by tragedy always makes me root for them and want them to find their way through - this was no different. Both Pixie and Levi have their individual struggles, and I enjoyed the fact that the book was written in a way that let me see into both of their heads - especially since Levi was an outright asshole a couple of times, something I would have had issues with if I hadn't been able to read just what he thought afterwards.

The gradual healing for both of them was something that I enjoyed reading, especially Pixie slowly opening herself up to Levi and to Jenna, her new best friend who is almost patient to a fault. Levi's story wasn't quite as engaging for me, but I still was glad to see him reaching out to Pixie, his love for her evident.

There were a few faults with the book that justify its rating, however. First, I found the relationship between Pixie and her mother to be a bit over the top. Not that there aren't mothers out there who are so awful - there definitely are, undoubtedly. The writing just seemed a bit over the top, though, and I found it hard to swallow the horrendous things that were said to Pixie by her own mother.

Levi's strained relationship with his parents - and the way that it is resolved - was another part that I found difficult to swallow. I can understand HIM emailing them, but why on earth would they not pick up the phone instead of the weird email conversation that we read? For god's sake, he thinks that he's to blame for the death of their daughter and they don't pick up the phone? Urgh. It just didn't work for me.

There were a few awkward bits during the sex scene that got to me, too - mostly comparisons to a wolf or dog howling? Protip: not something that I want to read about during a steamy sex scene!

Still, a poignant, sweet New-Adult book, and better than some others I've read.

Disclosure: I received a copy of this book through Netgalley in return for an honest review.
Posted by Kerri @ Whimsy and Parchment at 12:19 AM