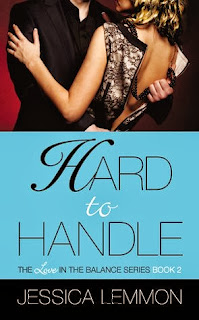 Summary: ONCE BURNED Sadie Howard never dates a guy more than once-but Fate has other plans for her when it comes to Aiden Downey, the one that got away. Aiden loved her, left her, and broke her heart. Yet suddenly she's bumping into him at every turn, driven to distraction by his wicked grin and rock-hard body. Now she can't resist finishing what they started-as long as she doesn't let herself fall in love . . .

TWICE AS TEMPTING Aiden Downey threw away the best thing he ever had when he let Sadie go, and now he's determined to win back the woman he's always wanted. Sadie agrees to let him into her life-and her bed-as long as there are no strings attached. But Aiden's not about to make the same mistake again. Can he convince her to take a second chance on a once-in-a-lifetime love?

Review: I've had bad luck with romance as I've gotten older. When I was younger just about any romance did it for me, but that changed as I started wanting more of a plot, more depth than just 'brooding dark hero' and 'hard to get heroine', etc. Of course any genre is filled with tropes, but they have to be well written to be enjoyable and there's a lot of romance out there that just didn't do it for me.

So I went into Hard to Handle hoping that I'd find that changing, and I wasn't disappointed! This is a story that draws two people who are hurting back together, and ultimately it's a story about how sometimes life gives you a second chance.. Getting hurt doesn't mean that it's over.

Both main characters drew me in right away. Oh, there are the usual descriptions of how the other turns them on, but the book goes way beyond that, really helping you understand what makes them tick. I empathised with Sadie (and liked the note that both men *and* women would turn their heads for her!) and Aiden just about hit every button I had, I must admit! Let's see, we have a gorgeous man who rides a motorcycle, who puts family before anything, and has a tattoo proving just that... Guh!


Within the first thirty-five pages I'd learned enough about Aiden to realise that this wasn't just going to be a story about a guy being a jerk and then changing his mind - he'd made a difficult choice in a horrible time and that was what made me stop regarding him with wary suspicion as a reader and start actually rooting for him. Sadie has her own burdens as well, and as the book develops we get past her walls and see just what's made her the way that she is, the insecurities and vulnerabilities - she hasn't had an easy time of it, and she's not just carrying a grudge.

The tension between the two of them sparks off the page, and woven in between that is healing on both sides as Aiden deals with the loss that he had, and Sadie learns to take chances again. The other characters aren't just backdrop, either - (I will note here that I haven't read the book that came before this one, Tempting The Billionaire, but I have a feeling I'm going to pick that one up next!) - Sadie and Aiden's friends and family are developed as well, and I had a particular soft spot for Aiden's dad, Mike. I should note that I love this sort of story, too - romances that link together are favourites of mine!
Oh, and it goes without saying - the sex is hot, too - well worth the wait! This was a great read for me, a fun, hot romance that was a perfect way to start off my day. Definitely recommend to any romance fans!

Disclosure: An ARC was provided through Netgalley for an honest review.
Posted by Kerri @ Whimsy and Parchment at 10:53 AM